Talking about International Women's Day is a must! 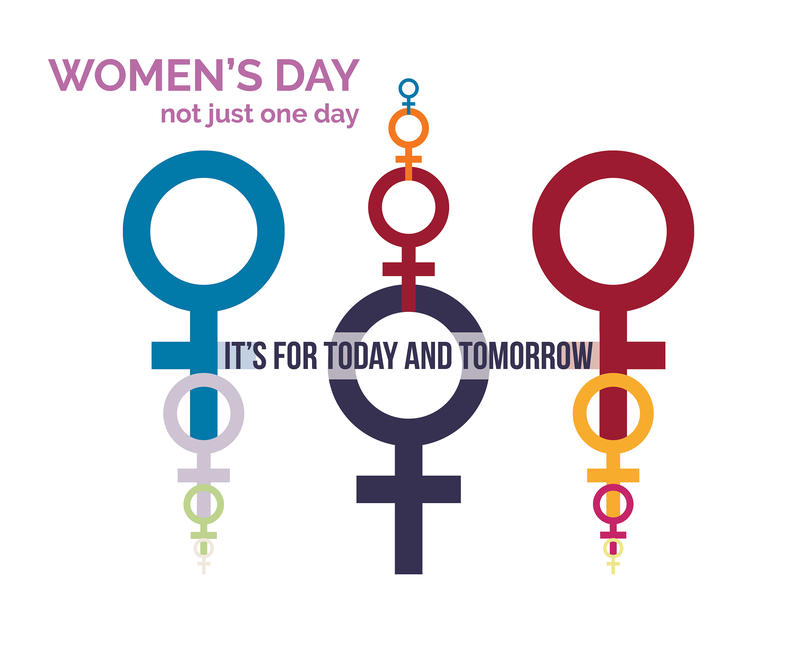 International Women's Day: why should we talk about it every year?

Since 1977, the 8th March has been officially recognised as International Women's Day, known in France as "International Women's Rights Day". And the difference is significant. According to a recent study by the World Bank, women in the world still only have three quarters of the rights accorded to men.

Today, women still spend twice as much time as their husbands looking after children and doing household chores, and they are also more often victims of domestic violence. In the professional sphere, they still suffer from professional segregation and their access to leadership positions is far from assured. Despite the right to equal pay for equal work, women still earn less than men: on average 17% (source: INSEE, 2020). But the World Economic Forum reassures us, that the gender pay gap will be closed, if all goes well, by... 2220 ☹.

The 8th March is therefore an opportunity to take stock of the situation regarding women’s rights around the world and to remember that the fight against gender inequality continues.

Breaking through the infamous "glass ceiling”

In business, we often hear about the "glass ceiling", a term popularised in 1986 by American journalists Carol Hymowitz and Timothy D. Schellhardt in their article " The Glass Ceiling: Why Women Can’t Seem to Break the Invisible Barrier That Blocks Them from the Top Job ". This invisible barrier that prevents women from reaching decision-making positions is still very much a reality. Look around you and count the number of women in senior leadership roles in your departments or companies, in politics, in the cinema, in sport, in culture... So?

What are the reasons for this glass ceiling? Sexist stereotypes, the culture of presenteeism, the co-opting of male networks, women's self-censorship... Can it be stopped? YES IT CAN! In fact, there are many company initiatives regularly contributing to breaking through it.

In companies, these actions include the organisation of awareness-raising workshops on sexist bias, training on female leadership, coaching to boost self-confidence or visibility for women talent, the promotion of female role models, women's networks, mentoring, and various measures to promote greater work/life balance... Lest we forget that Superwomen with two children work 72 hours a week... Superdads, on the other hand, work 15 hours less (source: book "Le Ras-le-bol des Superwomen" by Michèle Fitoussi, 1997).

Men also have a role to play

And what about men in all this? We must not forget them! It is essential that they participate and be integrated in the gender equality debates because it concerns them too. I therefore invite you to join me on 19th November when we will celebrate International Men's Day. This symbolic day, inaugurated in 1999, will be an opportunity to highlight the positive contributions of men in society, to put forward exemplary male role models and to recognise the contribution of men in the fight for gender equality.

Happy IWD to you all!