A passion for learning and networking

After twenty years in human resources, Joanna Menezes founded Cala Consulting, a coaching and training consultancy, in 2014. Her aim is to help professionals achieve success and fulfilment in their careers, whilst improving their awareness of key issues such as gender diversity and intercultural management.

An ILM-certified and supervised coach, Joanna Menezes provides coaching or co-development for individuals on a daily basis. “I help unleash their potential so that they can take control of their professional destinies in an ever-changing workplace.” To do this, she listens, asks questions and helps you discover new possibilities. Her motto, “Yes you can !” is a testament to her positive outlook, open-mindedness and the confidence she instils in others.

Joanna is a member of the European Mentoring and Coaching Council (EMCC) France and adheres to its code of ethics.

In addition to her coaching activity, Joanna also delivers in-company training programmes. « With the many career transitions we are now seeing we have to be more proactive and adopt a continuous learning mindset – whilst keeping our network alive.». Known among her peers as a "super-connecter", she launched an international learning community in January 2020 called The Cala Learning Hub.

Today, the key words of its action are: Empower (for professional development), Learn (for continuous learning) and Connect (for the importance of the network).

A firm believer in human development with a multicultural background

Joanna is Brazilian and British by birth and French by adoption. Born and raised in Salvador de Bahia, Brazil, she and her family moved to the United Kingdom when she was eight. After graduating with a BA Joint Honours in English & French from the University of Leeds in 1995, she relocated to France and has lived there ever since.

With an Indian father, a Belgian mother and a large extended family all over the globe, Joanna’s experience and multicultural background have made her an expert in adapting to different countries, cultures and working environments.

In France, she started out as an English trainer then quickly moved into human resources, occupying a number of positions in recruitment, career management and training, until she became an HR Manager of an SME of 150 people in 2011.

After being made redundant, Joanna decided to complete her studies, obtaining a Master in Human Resources Management and International Mobility from the Magellan Institute-ENS Paris-Saclay. As part of her studies, she was Project Manager for a "Women @ Work" project for Carlson Wagonlit Travel group and defended a  thesis entitled "Diversity: a key performance driver for companies." 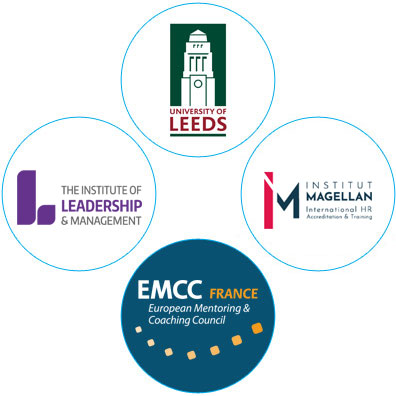 For further information please do not hesitate to use the form opposite or to contact us directly by email or telephone.